“Destination barbeque.” It is a moniker some of his customers have given his unassuming barbeque spot just west of Interstate 95 off Exit 29 in Brunswick, Georgia. But a quick glance at the TripAdvisor reviews for Gary Lee’s Market and you quickly realize his smoked brisket has a national following, and the little white building situated just off the side of the road with the name painted on the exterior walls, is definitely a destination.

It all started nearly 50 years ago when his dad began renting the one-acre lot that included the store and gas station from Mr. Henry Head. “Traffic” was nonexistent as Interstate 95 hadn’t made it that far south yet and US 84, as it was then, was just a two-lane road. It was a dream realized for the elder Gary Lee who had always cut meat and wanted to own his own store. He earned his chops, so to speak, working at Harvey’s in Alma and then A&P in Jacksonville.

“It was a full grocery store back in 1970,” recalls Gary Lee. “We sold groceries, meats, feed and seed, hunting and fishing licenses and gasoline. My family lived in a trailer behind the store from 1970 to 1977. Even though we were open seven days a week, there would be times a customer needed something at 10 p.m. and would come knocking on the trailer door. My dad would go over to the store with them and get them what they needed.”

It is a customer service scenario that parallels Okefenoke REMC’s—of which Gary Lee’s Market is a consumer-member—history. Mark Middleton, coordinator, customer accounting at OREMC, recalls when his own father, Emory Middleton, was the assistant general manager at the co-op, and they took after hours outage calls from consumer-members at home. “The phone would ring at the house and the operator would say she had a collect call from so and so reporting an outage. We’d accept the charges, take down the information and then it would get radioed to the field.”

Gary also recalls that Georgia winters were in fact, cold, and the store had a kerosene heater. “I remember the older men would come into the store, get ‘em a drink and crackers, and sit around the heater telling stories.” Even then, it was more than just a stop along the way.

In addition to being a butcher shop for the general public, the elder Gary Lee also supplied area restaurants including Choo Choo Bar-B-Que off Exit 26 and Moody’s BBQ just south of Woodbine. Gary says he realized restaurants made more money than stores, which sparked an idea. But it wasn’t until 1996 when he met Ben Lang of Lang BBQ Smokers that the fire was ignited, and they started selling barbeque.

“It was a learning experience,” Gary says. “I started with chicken and ribs, then got into Boston butts which is the barbeque standard. I got my barbeque sauce recipe from an older gentleman I knew, Mr. Joe Drawdy. He literally took it out of a vault.”

As more food items were phased in, groceries and gasoline phased out. Gary added wings in the early 2000s and today sells more wings than chicken. They also offer multiple side dishes—collards, coleslaw, potato salad, baked beans, macaroni and cheese—Brunswick Stew is a customer favorite, and of course there is dessert: chocolate delight and blueberry delight. Everything is homemade on site.

Brisket became a menu staple based on the purchasing habits of border patrol officers from Texas and Arizona—where brisket is popular—who were in residence at FLETC. They would come to the store to buy the meat and cook it themselves back at FLETC.

“It takes time to learn to do brisket,” Gary explains. “The cut is nothing special. It is a tough piece of meat. Getting it right is all about the cooking . . . 14 hours down.”

But “getting it right” is what has put Gary Lee’s Market on the map. As he says, his name is on the side of the building and his business is about relationships, “We are still a butcher shop and I’m cutting steaks for families who are fourth generation customers. Two-weeks ago a family drove down from Savannah just so the son could have our barbeque for his birthday. On Saturdays, we have regulars from Jacksonville.”

“Quality of food and service are key,” Gary continues. “I see the product every step of the way, and want it done a certain way.”

That attention to detail is one of the reasons you haven’t seen Gary Lee’s Market enter their acclaimed Brunswick Stew in the annual Stewbilee, and why the store is only open Thursdays, Fridays and Saturdays. Gary is the product, and commits 50 to 60 hours a week. That is down from the 80 to 100 hours he was working. Over the years, and as in the past, the business has been a family affair.

Gary’s wife, Cathy, and three children, Corey, Colby and Caitlin, have all worked in the store at one time or another. Corey is currently helping out in store while he finishes his master’s degree, and along with his brother Colby, they keep up with the store’s Facebook page, Yelp and TripAdvisor Reviews.

Corey notes, “I worked for a short time at Sea Island and got to see what five-star service entails, which helped us up our game. We try to make sure we are serving our customers well, going above and beyond their expectations.”

Whether it is a detour or the destination, customer reviews from coast to coast indicate Gary Lee’s Market is more than meeting customer taste expectations. 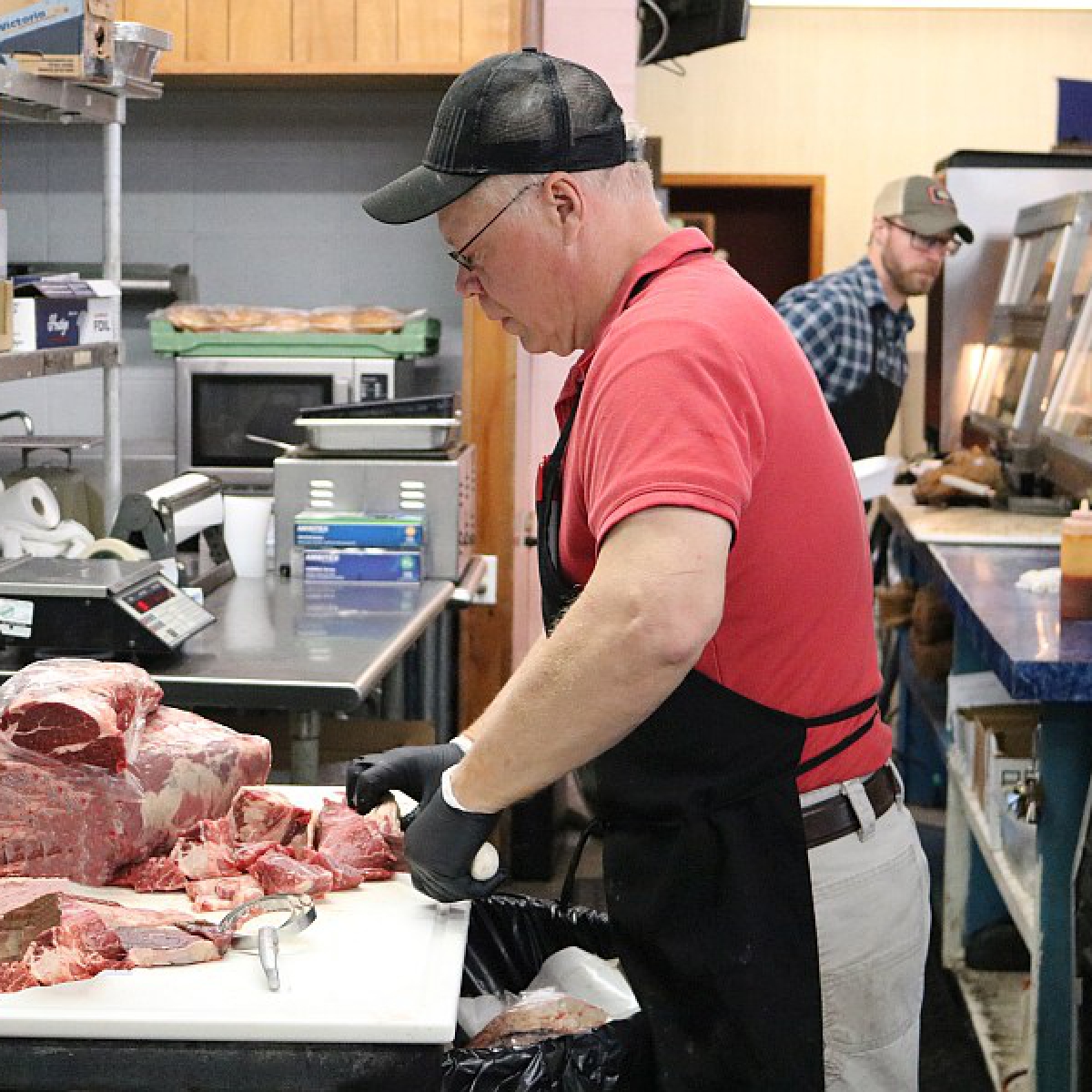